The heavy rains and disasters in Henan this week caused social concern. As an important area for electrolytic aluminum and aluminum processing, local aluminum production and consumption have been affected.

In recent years, the competitiveness of Henan’s electrolytic aluminum has declined, and a large amount of production capacity has been transferred to other provinces through capacity replacement. As of July 2021, there are only 6 electrolytic aluminum manufacturers in Henan, including Hengkang in Shanxian County, which is resuming production, with a built-up capacity of 2.135 million Tons, operating capacity of 1.965 million tons, both accounting for about 5% of the country. Operating capacity includes 600,000 tons of Yidian Group, 580,000 tons of Wanji Aluminum, 370,000 tons of Jiaozuo Wanfang, 250,000 tons of Zhongfu Industry, and 45,000 tons of Dengdian Group.

On July 20, the water level of Yinghe River adjacent to Dengfeng Dengdian Group Aluminum Alloy Company in Zhengzhou City soared and exceeded the warning level, causing the wall to collapse and the factory to flood. The flood spread to the high-temperature solution in the alloy tank in the factory area and caused an explosion, and the production capacity of 45,000 tons was stopped. On July 21st, the river near Jiaozuo Wanfang Aluminum Co., Ltd. had deep accumulation of water and floods entered the company, causing the production capacity of approximately 370,000 tons to be forced to suspend production. Whether or not it can be partially restored still needs to wait for the company’s announcement. The two total shutdowns of 415,000 tons accounted for 21% of Henan’s operating capacity and 1% of the national operating capacity.

In terms of consumption, due to the shortage of power supply, aluminum processing enterprises in Henan Province have been forced to partially suspend production since last week to implement power rationing. Aluminum processing in Henan Province is dominated by sheet, strip and foil, with an operating capacity of about 4.8 million tons. According to SMM’s statistics, the scale of power curtailment and shutdown is about 30%. The heavy rain this week was concentrated in Zhengzhou, Gongyi and other places where aluminum processing was denser. Power outages occurred in some areas and the processing operating rate was further restricted. In addition, the transportation of Zhengzhou Railway Bureau is paralyzed, and the transportation of aluminum products has been greatly affected. It is expected that the local aluminum ingot casting volume will increase this week, and the society and factory inventory will be exhausted.

Since July, there has been a power shortage in many parts of the country. Power curtailment has delayed the resumption of production of nearly 900,000 tons in Yunnan. The power load in West Inner Mongolia has been reduced. Many aluminum plants have been unable to produce normally under frequent power curtailment measures, which will affect Part of the output. Electricity curtailment and heavy rain have doubled supply and demand. Consumption is expected to gradually recover as the heavy rain ends, and the impact of supply will continue to be stronger. Since the beginning of this year, frequent changes on the supply side have seen large expectations. So far, the reduction in electrolytic aluminum production has reached 1.8 million tons, far exceeding the scale of new investment and resumption of production. Under the background of carbon neutrality, energy consumption, coal shortage and electricity curtailment and other factors will be affected. Continue to affect future supply, and there are hidden concerns about the release of production capacity in the second half of the year and next year.

In addition, on July 21, the State Reserve Bureau issued the second batch of dumping and storage rules, and the amount of aluminum ingots increased from 50,000 tons to 90,000 tons, which is lower than the 100,000-200,000 tons level rumored in the market. However, we have seen major changes in the dumped storage resources, with wider regional distribution and differences in aluminum ingot specifications. A large number of production areas come from overseas, and the storage time is even as far as 1970. From this point of view, the inventory of aluminum ingots of the State Reserve Bureau is more than the 800,000 tons retained after 2008. As the Reserve Department of the State Reserve Bureau said, the State Reserve has sufficient resources, confidence and ability to stabilize expectations, cooling the market. From this point of view, it is expected that in the second half of the year, there will be no major conflicts between supply and demand in the aluminum market under the adjustment of dumping reserves.

On the whole, the aluminum market is in a stage of long-short game, and in the mid-to-long term, it is still receiving the attention of long-term funds under the background of carbon neutrality. It is expected that Shanghai Aluminum will continue to fluctuate along the upward channel line in the short term. From the perspective of profit-loss ratio, the profit-loss ratio of short-selling along the channel is better. 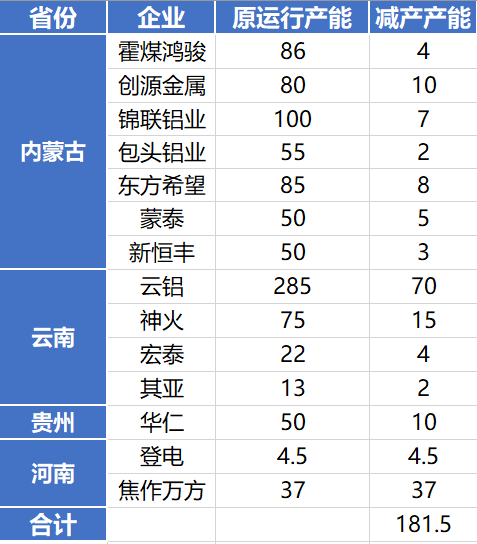