The first half of 2021 has passed. The alumina market in the first half of the year experienced a trend of contrast between expectations and reality. At the beginning of the year, the market’s expectations of the alumina market in 2021 were not ideal, and market participants’ expectations were relatively consistent. The pattern is irreversible. The downstream electrolytic aluminum is profitable but the production capacity has reached a bottleneck, and there is no new bright spot in demand. Half a year has passed, but the alumina triple net price has risen from around 2,320 yuan/ton at the beginning of the year to 2,528 yuan/ton, an increase of 208 yuan/ton (the deadline for submission is July 13), showing a slow unilateral increase.

The author believes that there are many factors that affect the price of alumina, which may be mainly concentrated in the following points:

1. In the first half of 2021, output will increase as planned, but there is regional imbalance. 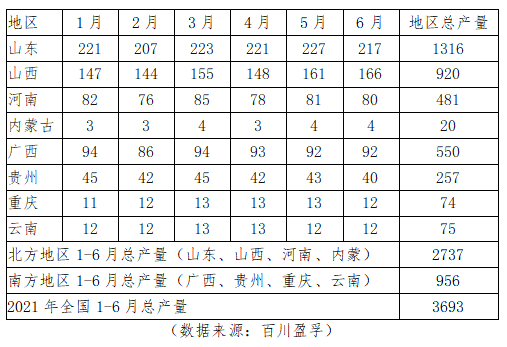 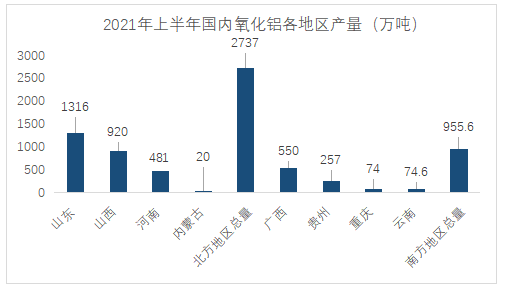 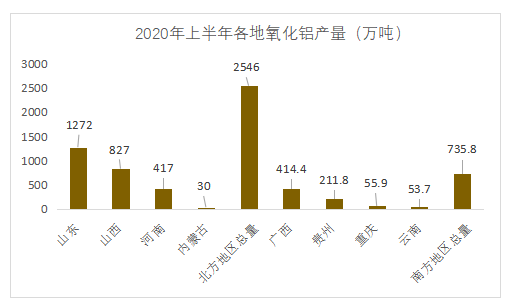 The above data can be seen from two angles of output growth. It is a relative increase. That is, the first half of 2020 is when China’s epidemic situation is severe, and alumina production is affected by the epidemic. Then even if there is no new alumina production capacity in 2021, There is a high probability that production will increase based on 2020; the second is growth, that is, in the first half of 2021, there will be new production capacity and the resumption of old equipment in the north and south regions, representing companies such as Jiakou Xinfa in Shanxi and Guangxi. In addition, the output of alumina in Guangxi has increased significantly. Compared with the same period last year, the increase in Guangxi accounted for 62% of the total growth in the southern half of the year, and the main new alumina in the second half of the year will still be concentrated in the south. area.

In terms of imported alumina, domestic alumina imports will be relatively stable in 2021. Net imports from January to May will reach nearly 1.1 million tons, of which 634,000 tons are imported in the northern region. The data in June is an estimate. The overall oxidation is expected in the first half of the year. Aluminum imports are about 1.32 million tons. 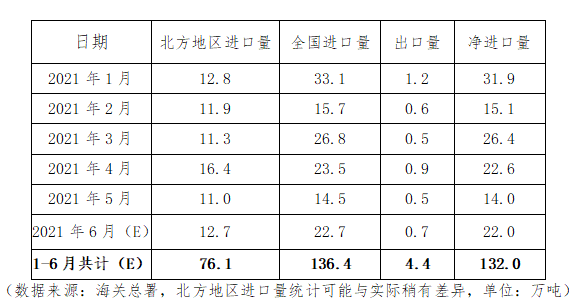 Therefore, the high demand of electrolytic aluminum for alumina can be maintained, and the regional bias of demand has also led to a large difference in the price of alumina in the region.

Comparison of national electrolytic aluminum production between 2021 and the first half of 2020 (unit: 10,000 tons) 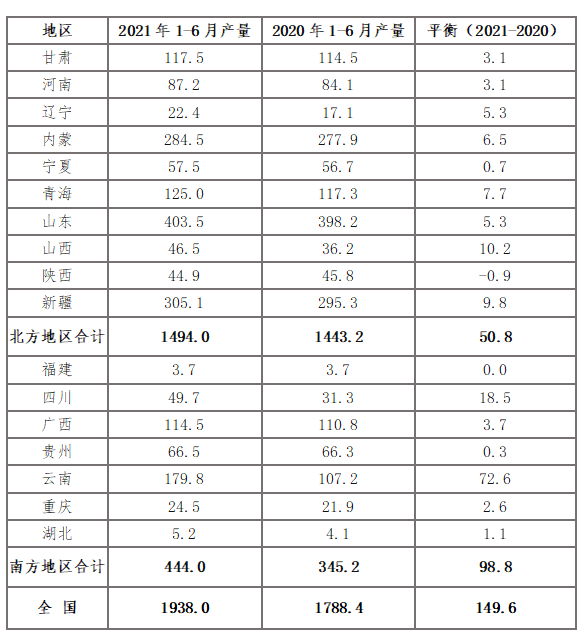 3. There is a regional mismatch between alumina supply and electrolytic aluminum demand in the first half of 2021, leading to regional supply imbalances

From the above data, it can be seen that there was a regional imbalance in alumina supply in the first half of the year. The supply in the north was tight, while the supply in the south was ample. The main reason is that the national electrolytic aluminum production capacity is still concentrated in the north. The increase in demand can also explain why some Guangxi alumina cargoes travel long distances to the north to meet regional demand.

In 2021, the supply of domestic mines in Shanxi and Henan is generally unstable. The water seepage incident in the Daixian Iron Mine in Shanxi in June directly led to the suspension of operations in some open-pit mining areas, and the price of domestic ore showed a substantial increase.

According to data from the Aladdin website, from January to June this year, domestic alumina manufacturers’ ore inventory destocking was about 48 days, an increase from 45 days in the same period last year. In June, due to environmental protection and other factors, alumina manufacturers’ ore inventory Destocking is 38 days, which is 2 days lower than the 40 days in May.

During a telephone interview with a large alumina producer, the author mentioned that “the recent ore shortage situation is particularly obvious in Shanxi. Due to the high coal price in Shanxi, there is no coal from the bauxite mine in Shandong port to the direction of Shandong. Shandong companies use imported coal instead of Shanxi coal. In this way, indirect logistics vehicles have fewer vehicles to drive to Shanxi, leading to a simultaneous increase in ore freight prices. The pressure on the supply of mines is very high, and a larger area of production may be suppressed. .”

V. Outlook for the alumina market

Supply side: In July, the alumina market had a short period of market divergence at around 2,500 yuan/ton. With the tight supply of raw ores in Shanxi and news that mainstream suppliers in Shandong suddenly purchased alumina in the market, The alumina market is showing signs of gaining again. According to market feedback, the spot supply in Shandong and Shanxi continued to tighten in July. Due to maintenance and temporary shutdown of some devices, the output loss in Shanxi is expected to be 350,000-400,000 tons that month. In addition, in July, one of the major suppliers in Shandong region plans to carry out a 15-20 day maintenance for a large alumina plant, which will significantly reduce the amount of on-site takeaways. Due to the supply of ore and power cuts in Henan, some small factories were forced to cut production. The monthly output loss is expected to be 60,000-70,000 tons. Shandong, Shanxi, and Henan are expected to lose 410,000-470,000 tons of alumina output in July.